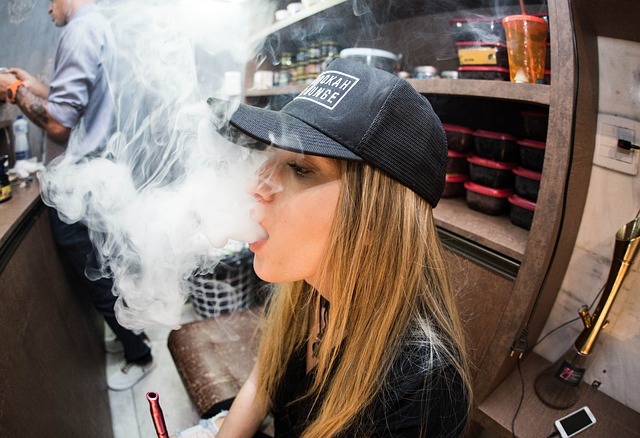 E-cigarettes have represented a big shake up for big tobacco, a new alternative to smoking that uses a totally different and much cleaner mechanism of intake. It’s found favour among ex-smoker, marijuana users and even non-nicotine users who just enjoy the practice, and it’s had a bit of flak and pushback.

The resistance to e-cigarettes has been in no small part due to the culture that has developed around it and the behaviour of some e-cig users, which hasn’t gone down well the public.

Vaping is great, but e-cig users need to be respectful of other people and avoid inflicting their habits on other people. Most people, regardless of whether it’s vaping or cigarettes will not be appreciative of breathing in the smoke or vapour in public.

Basic courtesy and vaping etiquette benefits everyone, the people around you, the vaping community and yourself. So without further ado, here are a few of the key ‘vaping sins’ that e-cig users should avoid.

E-cig users are an enthusiastic bunch, so enthusiastic in fact that they’ve just about developed their own language around vape culture. There are a lot of new terms being thrown around out there to describe different vaping practices, terms like ‘cloud chasing’. The name might be cute, and quaint, but it smack of exclusionary practices and throwing terms around like that with people unfamiliar with vaping isn’t going to make you sound intelligent, it’s just going to put them off. Courtesy is about understanding social context, if you’re in a situation where you know the person you’re talking to isn’t going to understand what you’re saying, then modify your language to suit the situation – the more inclusive e-cig users are the more accepting other people will be!

Yes, big vapour clouds are kind of cool. Especially if you know how to do fancy tricks or blow really big clouds, but just because they aren’t on the same level of toxic as cigarette smoke doesn’t mean they are safe for other people to inhale. You don’t know if the people around you have respiratory illnesses, and besides it’s just rude. No one wants to inhale the mist that you’ve just expelled from lungs, it’s kind of gross and a great way to pass on germs. Be polite, and vape away from other people.

Prosletising is pretty much never appreciated. Would you want some one to lecture you at length on your choices? No? Then don’t do it to other people. A lot of e-cig users get excited when they discover vaping, it certainly is an excellent alternative to smoking, but it isn’t a ticket to bash on smokers. It’s great that you vape, and certainly if people are curious about it or want to know more you should tell them about your experience with it, but you should never try and push your own opinions on others or treat your way like it’s gospel. Don’t try to convert people, you’ll just push them in the other direction.

Trying to convince others it has no smell

E-liquids have flavour additives, and ingredients which do create a smell. E-cig users get used to the smell and flavour of their e-liquids so might not be as bothered by it, but other people out in public will certainly notice it. It might not carry that heavy tobacco smell, but it’s unlikely everyone will appreciate your toffee flavoured e-liquid, so avoid vaping in confined spaces or areas where the smell may linger or bother others.